Change in mindset after the 6th September 2018 Verdict of SC on Sec377.

In the last part, we were introduced to the issue of “Implicit” or “Unconscious” bias – a phenomenon that can manifest itself in our personal and professional lives and can affect the choices we make or the decisions we take.

“Change comes from within“

–the quote does not really capture the essence on why accepting change is a difficult task for many. And the hardest to change are the mindsets, behaviors, and cultures.

Last week I went out to play my weekly Badminton games with a few of my acquaintances. The shuttle cork which I had is at least a few years old, bought from a local sports shop. It immediately captures the attention of everyone with its eye-popping colors –a dash of bright green, orange, pink and yellow-tinged feathers. Wonder why they don’t make it anymore.

"Well, noticing that one of my sports mates vaguely commented: “Haha. This is like a LGBT flag”

First mate casually responded – “I don’t know. I will be happy if they don’t expect money from me at the traffic signals”.

Holy cow! Transgenders or LGBT+ community are not some black cats for god’s sake!

I half-heartedly used the opportunity to class them about the difference between Transgenders and Lesbian-Gays-Bisexuals. But I remained doubtful about the impact of my friendly rebuke.

These are highly educated urban citizens of India and has many years of corporate experience. They are aware of the changing HR policies which now includes the LGBT+ employees at the workplace. Yet the half-baked knowledge coupled with ignorance and tripled with lack of empathy makes them blurt out comments like above. I am sure this is an experience which most of us has encountered. It's easy for many to remain a passive bystander when they observe unprofessional behavior and comments like this, as opposed to calling that out.

This got me thinking, that, YES, it is great that we now have inclusive HR policies for LGBT+ individuals but does that really impact the mindset of the regular employees working at the Urban centers of India?…

Companies like IBM, Goldman Sachs, Godrejhave been major champion advocates for the LGBT+ community even when the laws of the and discriminated and prosecuted sexual minorities. After 6th Sept 2018verdict - the SC to striking down Sec 377, many of the Indian corporations are joining the bandwagon for the inclusion of LGBT+. But what does it really take to bring in the real change in the mindsets? …

Will identifying “Out Role Models” from the LGBT+ community and having a frequent dialogue with the employees propel the necessary change in attitude?

Is it possible for the HR to create an incentive for the employees who signs up to be an ally of the LGBT+ community at the workplace?
These are meant to be open-ended questions for us to consider.
The policymakers at the government and corporations has some pressing questions in front of them to ponder. As whatever they decide can impact the lives of millions of LGBT+ citizens in India who are often deprived of basic health care, face age-related physical and mental disorders and loneliness.

Real change takes time and comes from within - but the least we should be an upstander to uphold the basic dignity and rights of the LGBT+ citizens.

About the Author - Tara Gopal Chattopadhyay, Global Cloud Sales SME with IBM India and has 13+ years of corporate experience. He is an Out Role model at work and leads IBM’s first LGBT+ Employee Resource Group - EAGLE India chapter from 2009-14. He is an avid Tennis lover and traveler. He has diverse interests in - Finance, Science, History, and Religion to name a few. He enjoys reading, writing, and public speaking. 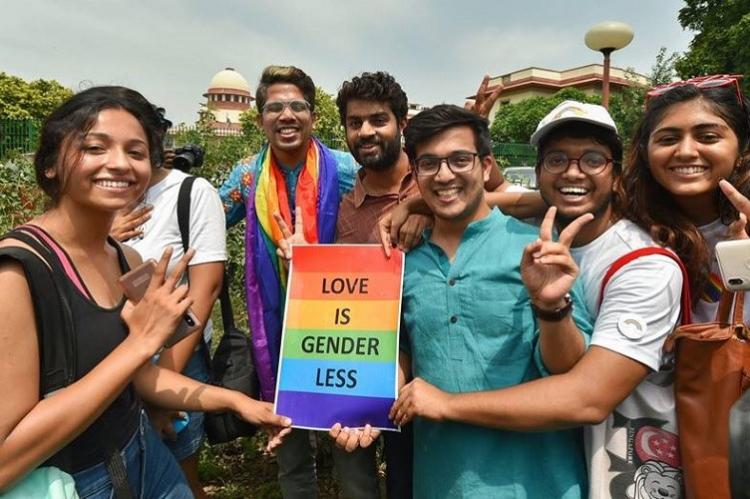