Ideally, all public & businesses places are required to remove physical barriers that make it difficult for a Person With Disability to access the property.

PwDs have been treated like a third class citizen, especially when it comes to traveling in public transport or accessing a public place. It had reached a point where a lot of people felt trapped in their homes or dependent others with their over pampered care and attention.

People who use wheelchair find it difficulty in going around in public places. Ideally, all public & businesses places are required to remove physical barriers that make it difficult for a handicapped or disabled person to access the property or enjoy its goods or services, which often consists of small barriers such as narrow entry doors, round door knobs, handles and crowded/narrow checkout areas.
Most often for removing such barriers is that it’s too difficult or expensive for the aged old existing structure to do so, But they can put into place with minor changes. For Example, a hotel can have an employee to escort the blind customer while using the stairs or lift. I feel that it can be the first baby step towards making their place accessible. Success requires coordinated technical, economic, political and social change integrated through a meaningful multi-disciplinary systemic approach. For all new public constructions, it can easily make accessible which includes commercial structures such as office buildings, hotels, cafes, libraries etc Considering that they don’t have to pay an unreasonable amount to make such changes.

Public transport accessibility is about people’s ability to get to and from places, and It is about enabling access. An accessible public transport system incorporates concepts of availability, affordability, and usability of services. An accessible system looks at the connectivity of various modes and the ease of use, which contribute to the desirability of public transport as a transport choice. It’s quite amazing to see London Buses and Railway trains being wheelchair accessible and other supportive facilities available, which is something we rarely to get see in many other places, especially in India. I have listed some suggestions which Government bodies can incorporate to ensure smooth transport for People With Disability for them to participate fully in daily life and recreational activity without much hassles, it’s possible to make it happen with minor alterations and efforts.

Let’s Have more public accessible places.
The government has put strict regulation for public places such as hotels, taxis etc which are all bound by strict rules and guidelines with regards to providing accessibility, facilities and equal opportunities for a Person With Disability. It can be time-consuming and technically difficult to implement, but If we can make it happen we can create an inclusive world for everyone.

June 6, 2019 HOW TO TRAVEL AROUND THE WORLD IN A WHEELCHAIR Read More 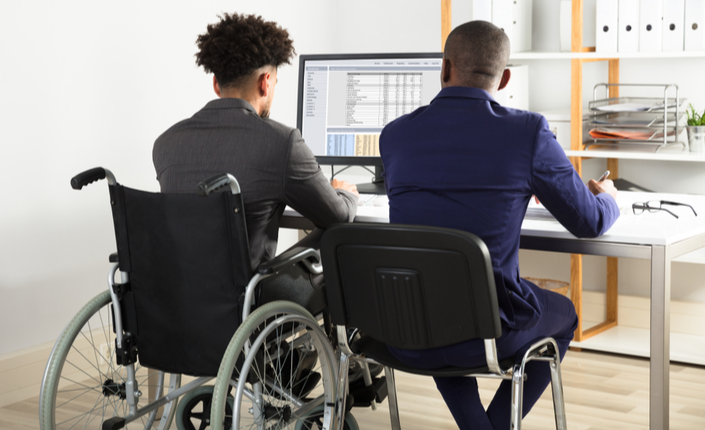